When I read Recapturing the Wonder, I instantly became a huge Mike Cosper fan. Cosper’s discourse on the struggle of faith in our secular age has challenged and encouraged me deeply. Naturally, I leapt at the chance to get my hands on his latest book, Faith Among the Faithless.

Essentially, Faith Among the Faithless is a deep dive into the book of Esther. Using his gifted storytelling abilities to help us understand the circumstances surrounding Esther’s movement to the position of Queen in King Xerses’ brutal Persian empire, Cosper weaves in an application that might be surprising to those of us who have become used to the boilerplate “For such a time as this” sermons about Esther.

I’ll have to admit, I was just a tad worried when I read the introduction and I found Cosper saying, “You’ll notice that I don’t quote the text much, and that’s intentional.” (intro. XX) Not that quoting the text a bunch of times equates to exegeting it correctly, but I’ve definitely read books where the text ends up having little if nothing to do with the point of the book. However, my doubts were quickly doused as I got into the book. While Cosper paraphrases the book of Esther and adds some detail to help give us a picture of the events, he hasn’t taken any liberties that cross the line from paraphrasing to rewriting. Why bother to say any of this? Because his balanced approach is exactly what makes the book’s premise so strong. 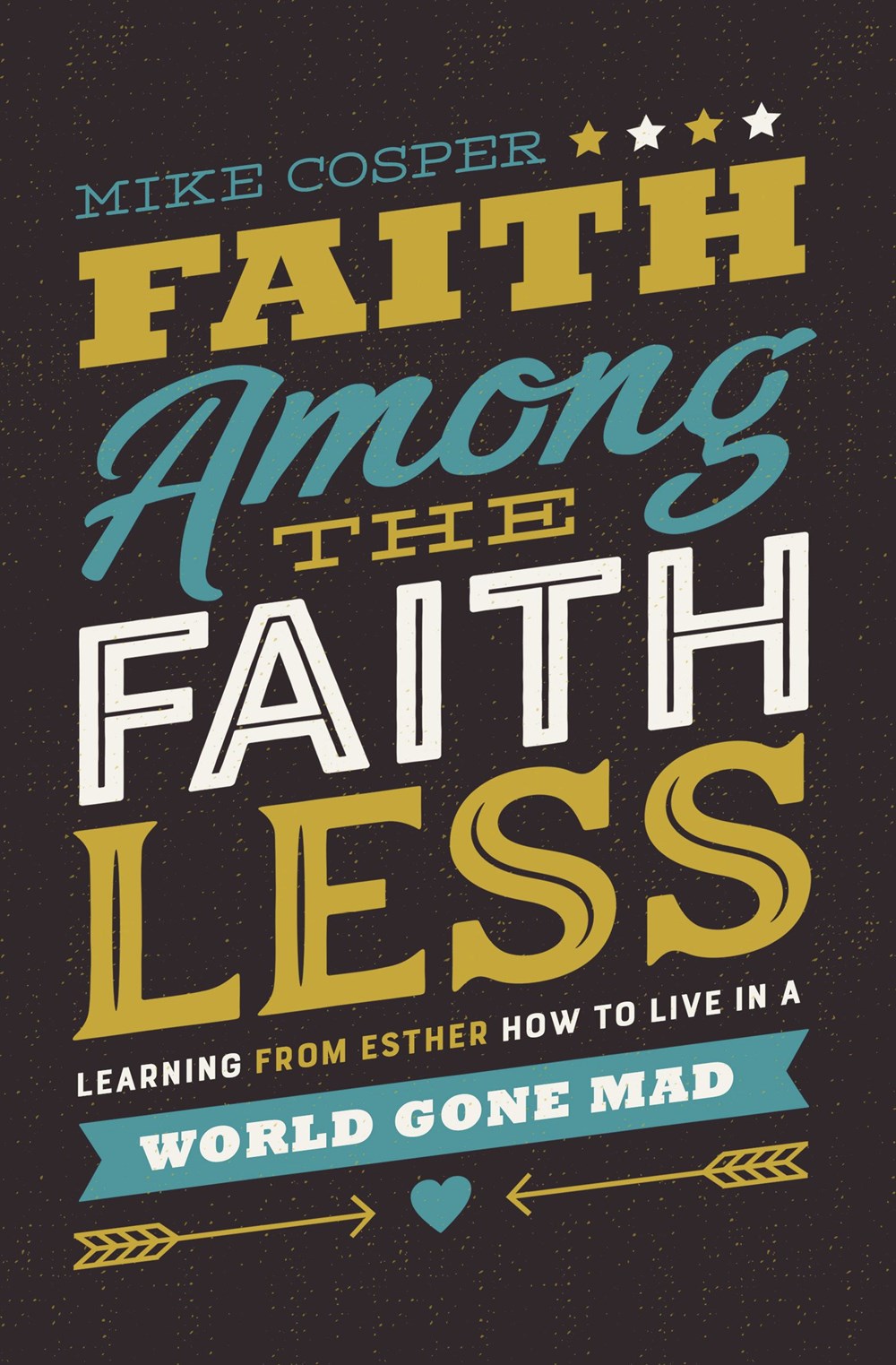 The premise is essentially that we can learn from the characters in the book of Esther (Esther and Mordecai in particular) how to live as faithful people of God in a faithless age. Our society is decidedly secular, while Persia in Esther’s time was heavily pagan. As Cosper writes, “Esther’s story reveals a way forward in a culture where people of faith find themselves at the margins of society.” (intro. XV) That’s us. Whether you realize it or now, if you call yourself a Christian today then you are indeed on the margins.

Esther and her uncle Mordecai were Jews living in a pagan culture, but they had almost completely lost their identity as God’s people. They had assimilated to the point of being indistinguishable from the pagan Persians around them. Cosper says that as Christians, we face the same problem: we either isolate or assimilate, but in a secular culture we are almost always pulled in the direction of assimilating. Like us, Esther and Mordecai could either assimilate to the point of numbness, or choose to put God’s kingdom and his people over their own lives.

We do live in a “world gone mad,”,as Cosper says, but that there’s nothing new about the madness, it’s just packaged differently. Esther faced the hedonism of pagan Persia, we face the decadence of secularism. The richness of our history as God’s people holds the answers to how we can stand for him when it feels like any belief in the world is fluid and preferential at best.

You probably know that Esther is the one book of the Bible where God’s name is never spoken. This makes it peculiar and controversial, but maybe there is a reason. Cosper writes, “God’s hiddenness is what makes Esther such an important book for our day too, a day when belief in God feels always resisted, always contested, when everything seems to have a natural explanation, and when our own experience makes us feel as though God is, indeed, absent.” (intro., XVII)

Esther’s story is our story. We live in a world where God sometimes seems hidden, and where identifying as his people comes with a great deal of risk. But others have come before us. “…[remembering Esther’s story] reminds us that there has always been opposition to God’s people, and it reminds us of the triumph of faith in a faithless world” (p. 167).

If you’re looking for a book that will help enrich your understanding of Esther or a book that gets at how we can have faith among the faithless, even in these secular times, I recommend starting here. Consider also checking out Mike Cosper’s Harbour Media podcast; Cultivated. You will be blessed.

Disclaimer: the publisher provided the above book for free in exchange for a review with no obligation to review it positively.