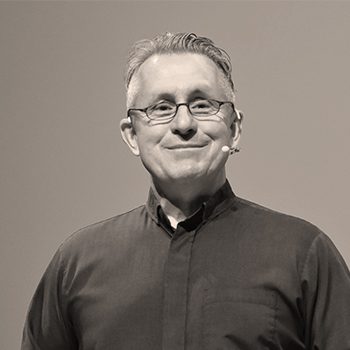 George studied at the undergraduate and graduate level at Carleton University where he received a degree in Sociology with a minor in Philosophy. He studied Theology and Pastoral Counselling at St. Paul University where he completed an MA in Pastoral Studies. He was ordained in 1985. For 22 years he served in the Anglican Church of Canada (ACoC). In 2008 his church was the second church in the country to separate from the ACoC and join the Anglican Network in Canada (ANiC). George has served in a suburban and in a rural “multi-point” church. He is currently the Rector of Church of the Messiah in the heart of urban Ottawa. He was the Chair of Essentials Canada and founding Chair of his denomination (ANiC). He currently serves as the Chair of the ANiC task force to make ANiC more deeply biblical at every level. He is the Principal of Ryle Seminary. He is the Chair of the Dig & Delve servant leadership team which puts on a yearly apologetics conference in Ottawa. He speaks once a month on the main talk radio channel in Ottawa under the banner of “Good News In The Morning”. He also speaks regularly on Parliament Hill to the Parliament Hill Christian Fellowship. He is blessed to have been married to Louise since 1981. They have 9 children and lots of sons and daughters-in-law and grandchildren. George is an original Council Member for TGC Canada. You can reach him personally at george(at)messiahchurch.ca.